Child rights agency UNICEF has condemned the sentencing of a 13-year-old boy to 10 years in prison for blasphemy in northern Nigeria.
Omar Farouq was convicted in a Sharia court in Kano State in northwest Nigeria after he was accused of using foul language toward Allah in an argument with a friend.
He was sentenced on August 10 by the same court that recently sentenced a studio assistant Yahaya Sharif-Aminu to death for blaspheming Prophet Mohammed, according to lawyers.
Mr Farouq’s punishment is in violation of the African Charter of the Rights and Welfare of a Child and the Nigerian constitution, said his counsel Kola Alapinni, who filed an appeal on the boy’s behalf on September 7.
Mr Alapinni said lawyers working on the case have not been granted access to Mr Farouq by authorities in Kano State.
He said he found out about Mr Farouq’s case by chance when working on the case of Sharif-Aminu, who was sentenced to death for blasphemy at the Kano Upper Sharia Court.
We found out they were convicted on the same day, by the same judge, in the same court, for blasphemy and we found out no one was talking about Omar, so we had to move quickly to file an appeal for him,” he said.
“Blasphemy is not recognised by Nigerian law. It is inconsistent with the constitution of Nigeria.”
The lawyer said Mr Farouq’s mother had fled to a neighbouring town after mobs descended on their home following his arrest. 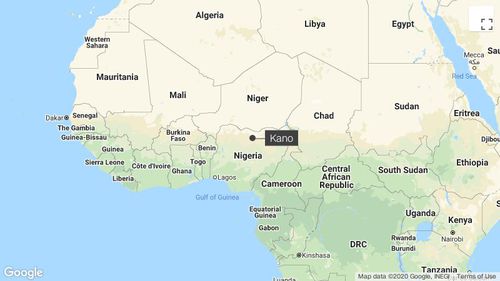 “Everyone here is scared to speak and living under the fear of reprisal attacks,” he said.
UNICEF issued a statement yesterday “expressing deep concern” about the sentencing.
“The sentencing of this child, 13-year-old Omar Farouk, to 10 years in prison with menial labour is wrong,” UNICEF representative in Nigeria, Peter Hawkins said.
“It also negates all core underlying principles of child rights and child justice that Nigeria, and by implication, Kano State has signed on to.”
Kano State, like most predominantly Muslim states in Nigeria, practices Sharia law alongside secular law.
UNICEF has called on the Nigerian government and the Kano State government to urgently review the case and reverse the sentence.
“This case further underlines the urgent need to accelerate the enactment of the Kano State Child Protection Bill so as to ensure that all children under 18, including Omar Farouq, are protected and that all children in Kano are treated in accordance with child rights standards,” Mr Hawkins said.
The Kano State governor has been contacted for comment.
Source: AdeniyisBlog
READ  BREAKING NEWS: President Donald Trump Fires Mark Esper

Sunday Igboho And The Yoruba Nation By Reuben Abati

MOTIVATIONAL MONDAY STORY: What has made you happiest in life?

Adeniyi's blog is your news, entertainment, music fashion website. We provide you with the latest breaking news and videos straight from the entertainment industry.
Contact us: info@adeniyisblog.com

Dr Halima Abubakar Releases The Conversation Of White Man Who She...